How does music benefit children? What is the psychological research? 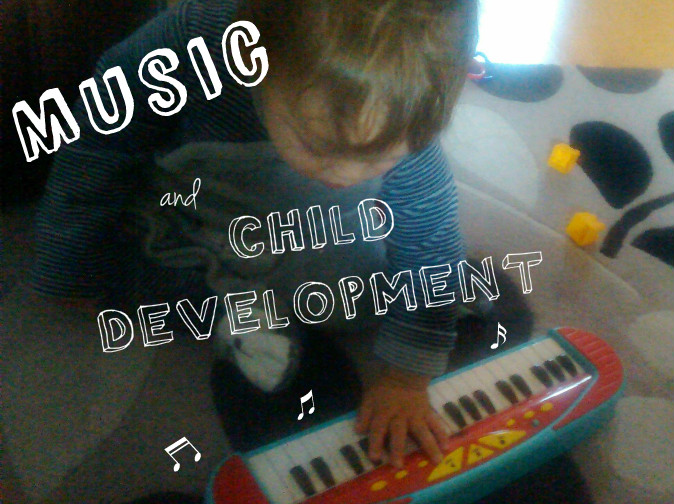 What are the benefits of babies and children playing music?

– Encourages self-discipline, listening and concentration skills (see more about this from the research discussed below)

Research as summarized here with very young children has found that:

The children in this study attended weekly music classes over 6 months. One class involved interactive music making and learning lullabies, songs with actions and nursery rhymes. Parents and babies worked together to learn to play percussion instruments, take turns and sing specific songs.

Another class involved parents and babies playing at various toy stations with recordings in the background.

Babies from the interactive classes showed better early communication skills, like pointing at objects that are out of reach, or waving goodbye. Socially, these babies also smiled more, were easier to soothe, and showed less distress when things were unfamiliar or didn’t go their way.

Babies who participated in the interactive music classes with their parents… preferred to listen to a version of a piano piece that stayed in key, versus a version that included out-of-key notes. Even their brains responded to music differently… [they] showed larger and/or earlier brain responses to musical tones.”

While both class types included listening to music and all the infants heard a similar amount of music at home, a big difference between the classes was the interactive exposure to music.

** Therefore, the interactive nature of the music classes appeared to be important, rather than passively listening to music in the background or playing with minimal interaction between parent and child.**

I came across this interesting article (original journal article here): Could Playing Tchaikovsky’s “Nutcracker” and Other Music Improve Kids’ Brains? – Good question? What did the research find?  The main summary of the findings was:

They looked at children aged 6 to 18 years old, and associations between playing a musical instrument and brain development. They used a measure of “cortical thickness”, and write that as children age, the cortex (outer layer of the brain) changes in thickness. The researchers wanted to see what impact music training would have in the cortex. Interestingly, they found that:

Music playing altered the motor areas of the brain, because the activity requires control and coordination of movement.

Music practice influenced thickness in the part of the cortex that relates to “executive functioning, including working memory, attentional control, as well as organization and planning for the future”

What are the possible social applications of this?

Playing music therefore appears to have an impact on skills and abilities such as attention, working memory, attention. What about just listening to music?

My Little Lovely (LL) and I attended a class called tiny Mozart when he was about 6 months old. It was ok. It involved listening to stories played out with musical accompaniment (It wasn’t particularly interactive between the parent and baby, though). So did it do his development any good? 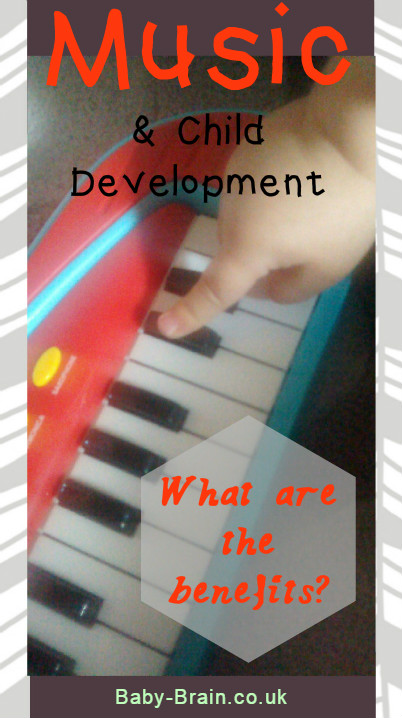 What are the benefits of babies and children Listening to music?

How to use music with baby and toddlers

5 comments on “Music and child development”